A Breastcancer.org statistics list says that 1 in 8 women will be affected by breast cancer in her life. An expected number of 40,610 women are expected to die from it in 2017, and about 30% of all detected cancers in women will be breast cancer. It’s no wonder we see pink ribbons everywhere  and are told constantly to be aware of it. That’s 12% of our population’s women who will need to take extra precautions, who will have to spend a significant amount of money on healthcare, and who are at higher risk of death.

Women are also at risk of being exposed to radiation through medical imaging processes. Breast MRIs and mammography are a few widely-used but heavily radiating methods. Fortunately, there’s a particular alternative to this exposure, and it’s called thermography.

The website for Vista Natural Wellness Center right in Oakland, NJ describes thermography as “a non-invasive imaging procedure for monitoring physical conditions by showing thermal changes present in the body.” Infrared light is used for imaging to detect cancer over skin temperature, which in a 1957 study by R. Lawson was found to be higher than normal tissue. It was approved by the FDA in 1982 as an adjunctive diagnostic breast cancer screening procedure. Technicians are most widely certified by the American College of Clinical Thermography. This versatile detecting method can also evaluate back injuries, joint disorders, periodontal disease, vascular disease, digestive disorders, neuropathy, and muscle sprains. 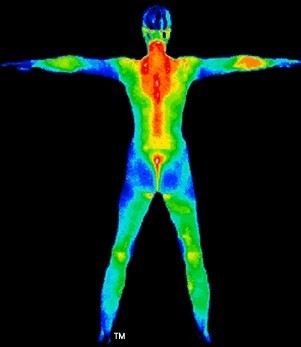 Thermography has the highest sensitivity and specificity rates of cancer screening processes – meaning it is, respectively, the best at detecting when patients have the disease and when they don’t have the disease. A study featuring 16,778 participants found that thermography had an 88% sensitivity rate and an 85% specificity rate, as opposed to mammography’s 80% and 73%. Radiation is clearly not a requirement when it comes to detecting diseases.

Vista Natural Wellness Center prices their thermographic procedures at $200 for sole breast examination and $400 for full body. Thermography, unfortunately, is generally not covered by insurance plans. Having to put a price on a woman’s well-being upsets all of us, but with such a high detection in early breast cancer, avoidance of it could cost a woman her life.