The Effect of Sitting on Your Health: The New Cigarette?

Everyone sits. It’s part of life. Be it in the car during the commute to work or at home to relax, sitting is an integral part of the human existence. However, most people are not aware that sitting can be extremely detrimental to one’s overall health. Humans evolved to be active. While we’ve developed over the years as a modern civilization, our bodies are relatively the same as they were back then. Sitting for too long means we are going against the basic desires and needs of our bodies. 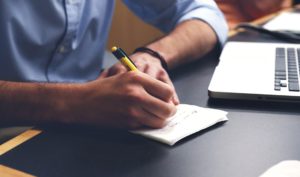 But it’s difficult to refrain from sitting down in the standard office job. Indeed, many hours are spent behind desks while on a computer, typing out that almost overdue report for the boss before time is up. We sit in our cars as we wade through rush hour traffic to get home. And to be fair, it’s hard not to want to sit down on your couch after work with a good smoothie and watch your favorite shows. But while it’s difficult to avoid, taking the time to figure out how to limit the time spent sitting still, and reading up on what consistent sitting does to you, are the first steps to preventing the negative aspects of long term sitting. 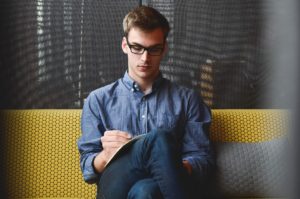 To start with, a major visible effect sitting has on the body is the resulting posture. While this may not temporarily be a huge health issue, it does cause the body to get used to sitting in a certain way. This can result in hunched shoulders, which can cause stress on the body while also generally causing you not to look like a confident person. It may also result in an anterior pelvic tilt, which happens by causing the muscles that control the position of the pelvis to get tight and weak. This condition generally causes the pelvis to protrude forward, creating an awkward tilt that’s not attractive or healthy for the body. The good news, however, is that these bodily distortions can be fixed with careful exercise and refraining from sitting as much.

Sitting, also known as sedentary behavior, is also associated with several health conditions. According to David W. Dunstan in Diabetes Research and Clinical Practice, points out that sitting is “…adversely associated with health outcomes, including cardio-metabolic risk biomarkers, type 2 diabetes and premature mortality.” He goes on to state that, “Importantly, these detrimental associations remain even after accounting for time spent in leisure time physical activity.”

That’s right!…While being active helps, it doesn’t make sitting for six to eight hours a day any healthier. Being stationary is just not how we as humans were wired to work. Walking around, being active, is how it was meant to be.

But what can we do to limit our time seated? Are those working behind a desk doomed to spend their days unhealthy? It can be difficult to change one’s daily habits, especially when they may be outside of your control. That does not mean that you shouldn’t try to make small changes. Move around whenever you can, taking short breaks when you’re able to walk around the office. Instead of sitting down for a few hours after work while binge watching your favorite television show or film, go for a good hike after work or at the minimum, take breaks and walk around between episodes or during commercial breaks. You can also prepare a healthy fruit or veggie snack which will get you back standing again.

It’s ultimately up to us to make sure our bodies are healthy. While our bodies may seem fine at the moment, the negligence of sitting down for long hours during the day can form long-term negative effects that no one should really wish for. So focus on being active, and avoid the dangers of a consistent sedentary lifestyle!