Shedding Some Light on Nightshades

Foods such as eggplant, tomatoes, potatoes, goji berries, tomatillos, gooseberries, pepino melons, paprika, okra, and both spicy and sweet peppers have a hidden dark side. These foods belong to the nightshade, or Solanaceae, family. While nightshades sound scary, most people are relatively unaffected by these foods. For people with autoimmune disease or sensitive digestive systems however, nightshades can be a real problem. 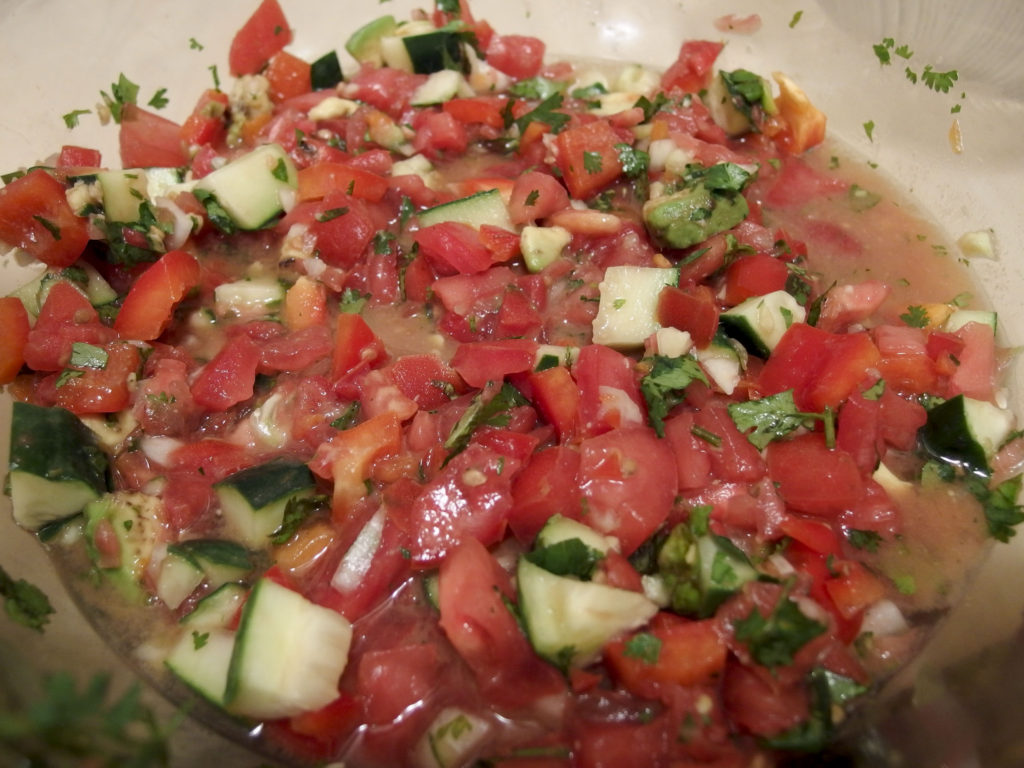 “The bottom line is this: When it comes to each plant in the nightshade family, everyone’s body responds in a unique way, but for most people these fruits and vegetables are not an issue. Those at risk often have leaky gut, autoimmune diseases, or other gut related illnesses,” says Dr. Axe.

With roughly 2,000 species belonging to the nightshade family, there are very few that are actually edible. There are both edible nightshades (like the ones listed above) and extremely poisonous ones. Some of the more poisonous forms of nightshades are inedible flowering plants like morning glories and toxic herbs.

Most nightshades are toxic to humans, with the best-known being belladonna, or ‘deadly nightshade, traditionally valued for its use as a poison (in the play Macbeth, for example, belladonna poisoning features as a plot point).

While foods like eggplants and tomatoes are related to these deadly poisons, they are not poisonous to eat. However, they may cause arthritis and joint pain for people with autoimmune disease.

“Diet appears to be a factor in the etiology of arthritis based on surveys of over 1,400 volunteers during a 20-year period. Plants in the drug family, Solanaceae (nightshades) are an important causative factor in arthritis in sensitive people,” says Norman Childers, founder of the Arthritis Nightshades Research Foundation.

This is partly due to the amount of Vitamin D found in edible nightshades. Vitamin D is crucial for proper bone formation, but the extremely potent form of Vitamin D3 in nightshade fruits and vegetables can prevent proper calcium metabolism, causing the body to deposit calcium in the soft tissue instead of in the bones (where you want it).

Another culprit is the alkaloid chemical compound also found in many nightshade foods. Potatoes contain glycoalkaloids that may contribute to Irritable Bowel Syndrome.

These compounds work as the plant’s defense, protecting it from pests and molds that would otherwise kill it. So they’re designed to be toxic. In the poisonous members of the nightshade family, these chemicals are so concentrated that they have deadly effects on humans, but in the edible nightshades, they’re present in much smaller amounts, and mostly in the leaves and stems, which are not eaten anyway.

For most healthy people, these chemicals are not harmful, but a damaged digestive system may have difficulty dealing with alkaloids. Inability to digest the chemicals can result in irritated intestines and leaky gut.

Similar alkaloids are also found in cocoa, coffee, tea, and some honey.

For people sensitive to nightshades, one option is to learn how to better prepare these foods and which would be best to eliminate from your diet completely. For example, alkaloids are found in higher concentration in the skin of potatoes so peeling potatoes thoroughly would be necessary. Potatoes are also a high glycemic food and should be strictly limited or avoided in the diet. You should also avoid green tomatoes because alkaloids are also higher in unripe foods. Eggplant is not a highly nutritious food and would certainly not be a good choice to eat raw.

“Steroid alkaloids are produced similarly to chlorophyll, which means there will be more concentrated amounts of them in the green portions of the plant … Potatoes beginning to sprout, green spots on potatoes, and — fried green tomatoes ­— could all be potential culprits of more concentrated solanine or tomatine amounts,” explains Axe.

Most experts stress that if you do not have nightshade sensitivity, there is no reason for you to cut out these fruits and vegetables from your diet. In fact, many of these foods also come with health benefits. For example, in a healthy digestive system, alkaloids can work as an anti-inflammatory and antioxidant. Although bell peppers are nightshades, they are also a great source of vitamin C.

Dr. Joel Fuhrman, in his book The End of Dieting, talks about the huge benefits of getting lycopene from tomatoes, a common nightshade food. Lycopene is known to benefit heart health and increase longevity.

Because tomatoes contain seeds, they are considered a fruit, not a vegetable.

Enjoy nightshade fruits and vegetables along with many other natural whole plant foods unless your personal eating experience tells you otherwise.

Which foods are classified as “nightshades,” and is it true that foods from this group can
potentially contain problematic substances? (n.d.). Retrieved November 25, 2016, from http://whfoods.org/genpage.php?tname=george&dbid=62