Is this Silent Killer lurking in your bathroom cabinet?

The Risks of Aspirin

The topic I’m bringing to you today is close to my heart.
My father, who was my inspiration for living and eating healthfully, died after a seizure that caused a hip fracture. He lived his entire life without any medications, his diet was whole foods plant-based (lots of raw food) and he exercised and had a very positive optimistic attitude about life.
But later in years, my stepmother talked him into taking aspirin, as she thought all older people (and some younger) should take aspirin to prevent the possibility of heart attack and stroke. My father, who didn’t believe in taking drugs, and who had never taken drugs in his entire life up until his mid 1980’s, started taking one aspirin a day. I believe this caused a followup of seizures, one that caused a severe hip fracture leading to his death.

How many people when they reach a certain age are familiar with the recommendation of taking one Bayer aspirin a day to lower the chances of developing heart disease or having a stroke? The answer: probably a lot. You see their commercials on TV championing these great effects in just one tablet every day, promising you a healthy future in one simple step. What they don’t tell you is all the harmful effects taking aspirin daily can have both now and in the long run—it’s enough to make you throw out that bottle right now and never look back.

A large reason why people take aspirin therapy every day is its supposed ability to decrease the chance of a clot-related stroke, as it does have blood-thinning qualities. However, according to the Mayo Clinic, “it may increase your risk of a bleeding stroke (also called a hemorrhagic stroke).”1 What’s more, “daily aspirin use increases your risk of developing a stomach ulcer,” and to “a life-threatening extent,”1 no less. More adverse side effects are “hearing loss, cerebral bleeding, Reye Syndrome, and helicobacter pylori infection,”2 according to Sayer Ji, a reviewer of the International Journal of Human Nutrition and Functional Medicine and Vice Chairman of the National Health Medicine Board. It is not just Ji saying this, either; the American College of Cardiology and the American Heart Association have published these same findings in the Journal of the American College of Cardiology.2 So, why is aspirin being hailed as a wonder drug, still? 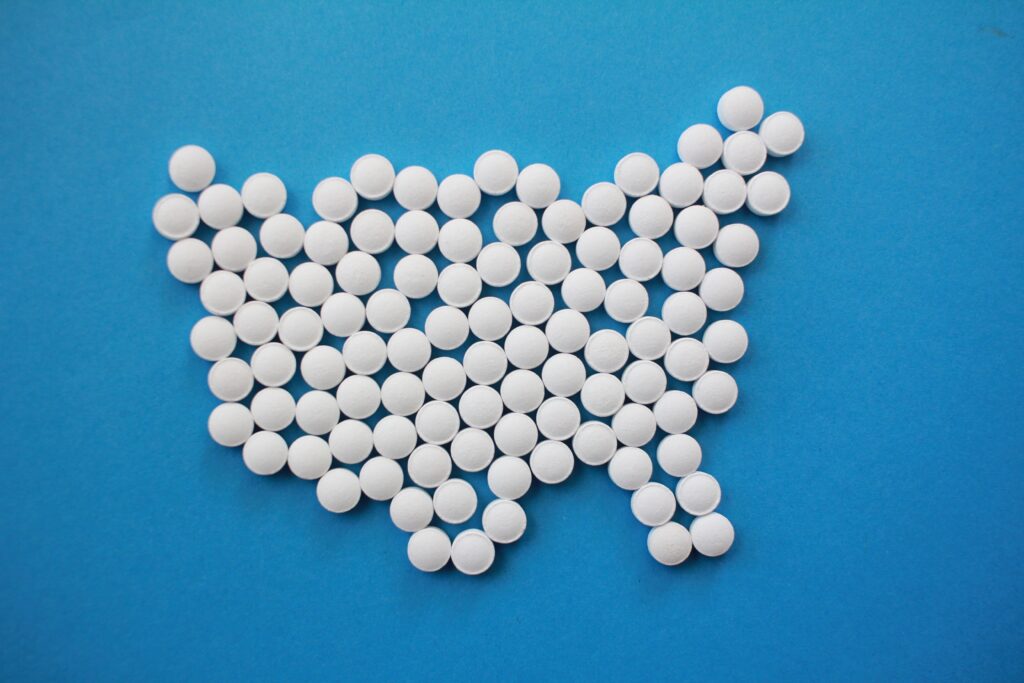 Aspirin, in its tablet form, is derived from the naturally healing compound found in white willow bark, salicylic acid. Salicylic acid by itself in its natural form is indeed quite helpful in relieving pain and helping injuries heal when consumed, but that’s not what our commercial aspirin is. The once-helpful, natural compound is converted into acetylsalicylic acid, which is a synthetic a chemical. It’s cheaper to produce, as it’s pumped full of additives and fillers to make the tablet the right shape and size for consumption.3

If you’re wondering why big companies like Bayer haven’t addressed these very serious issues with this “wonder” product, the answer is this: why would they? As long as the general public views aspirin as totally safe and healthy, why would they want to make changes and risk losing millions and millions of dollars, along with their reputation? It’s simple: the cheapest means of production is the one they’re going to choose, no matter how harmful the resulting end product with all those fillers and chemicals.

However, there are actually natural alternatives to aspirin that work even better, and are way better for your body! Surprisingly, turmeric has been long renowned for its anti-inflammatory qualities, and it can also “help thin the blood and stave off blood clots[,] reduce plaque buildup in the arteries, and improve blood circulation,”4 according to Hello Doctor. Besides turmeric, cayenne pepper’s active compound, capsaicin, “is famous for its ability to help in relieving joint pains, lowering blood pressure, dilating the blood vessels for proper blood circulation, and is a blood thinner as well,” says registered nurse Franchette Jardin.5 But for those of us who can’t tolerate spice too well, “Ginger can [block] the enzyme that causes inflammation, and also breaks down existing inflammation in the body.” Ginger also “contains salicylates, natural acids that thin the blood [and] keep it from clotting, preventing heart attack and stroke.”4

The idea that people need to take a mass-produced, manufactured product that brings way more harm than good is one that leads to very serious effects both now and in their future. Especially with the existence of these very same health benefits in natural, whole-food sources, like ginger and turmeric, there’s no way people should choose Bayer aspirin over food sources that come from the earth…and these natural alternatives to toxic drugs are just as easily if not more accessible! Now, seriously, throw that green-capped bottle out!