A glass of chlorine, please!

We have seen the spread of the plant-based diet in the last decade…which can be seen now around the globe. Many of us are fortunately becoming aware of the food we eat and seeking the path to our best health. But food isn’t the only important aspect of health. 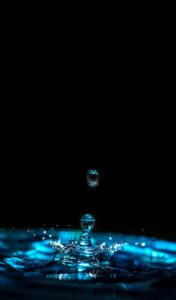 The human body is constituted of more than 60% water and many people consume at least 1.5 liters of water per day. Some sources state a human being can only survive three days without drinking water, as every day the body loses approximately two liters of water by sweating, urinating, and even breathing. The importance of drinking water, or eating watery food like fruit, juices and smoothies, is crucial.

But do you actually know what is in your water? How can you have a healthy and nutritious lifestyle if the water you are taking in is dangerous for you?I emphasize the watery fruits and vegetable juices but I do get concerned about adding water to my smoothies. There are a number of different filtration systems, but even if they work effectively, there is still the shower water, pools and even chemical cleaners containing poisons like chlorine. 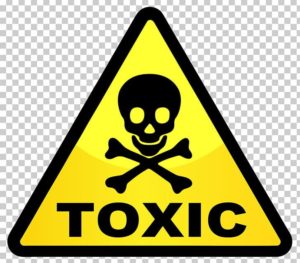 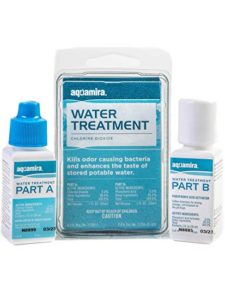 Now that you are aware of some of the poisonous substances in your water, let’s focus on those chemicals that are derived from chlorine and their effects on your health. Let’s look at chlorine… It is a chemical that is devastating to our lungs, that has a strong, vile smell, and is meant to extinguish organisms in the water that can be the cause of infection. Apparently, chlorine is meant to make our water safer to drink and swim in.

Chlorine in water causes the creation of sub-atomic particles that are missing an electron also known as free radicals, as well as a substance created when lipid and oxygen molecules are in contact. An excess of free radicals can cause arterial deficiency, accelerating the process of aging, genetic mutation, liver malfunction, vulnerability of the immune system, lead to development of cancer, and distortions of the cellular DNA. Chlorine can also cause illness such as esophageal, liver, gallbladder, pancreas, kidney, prostate, rectal and lung cancers.

Iodine deficiency can also be the effect, due to an over exposure of chlorine causing an enlargement of the thyroid gland. This can result in intellectual disabilities in young people, especially if a mother suffers from an iodine deficiency during pregnancy. A lack in iodine can be at the origin of an insufficiency in thyroid hormone.

The exposure to chlorine in water or chemical cleaners can cause a variety of diseases such as arterial damage as mentioned earlier, and infantile heart attacks. It can also lead to the destruction of antioxidant vitamin E that is a vital anti-cancer and cardiac protection. Drinking chlorinated water and also consuming dairy, such as milk, can cause a heart attack. Cases of malignant melanoma were found after exposure to chlorine, such as in drinking water or even from swimming water in pools. If swimming in a chlorinated pool can damage the lungs due to inhalation, imagine all the other reactions that drinking water treated with chlorine can have on your health. Chlorine can lead to allergic symptoms, headaches, gastrointestinal infection, and pneumonia.

Studies have been conducted regarding exposure to chlorine and its resulting damage. A study in Fontana, CA observed that women consuming an average of five glasses of water a day treated with chlorine were more susceptible to miscarriage during their pregnancy, as the chlorine was causing problems for the human brain and central nervous system. Scientists concluded that the stronger the concentration of chlorine, the more quickly and worse would be the impact of the damage. Their studies show that a patient exposed to chlorine will take at least 10 to 20 years for symptoms such as arterial damage to be diagnosed.

The answer is not for everyone to spend thousands of dollars on filtration. The answer is in discontinuing the use of these chemical toxins that leach into our systems from a multitude of sources. Until that time, we need to be aware of our personal water supply, we need to get a shower filter, we need to go to the lake or ocean instead of the polluted pools, and we need to use natural cleaners (and read every ingredient on the label).

The human race is its own destructor. What if we stopped spreading chemical substances like chlorine into our water and instead placed more energy into saving our planet… this could bring about the positive changes we want to see in our health and our environment.